Music fans and movie buffs will love the new Music Movie Monday nights at Garcia's! Together with YoFiFest Film Festival, we're hosting screenings of some of our favorite rock 'n' roll movies ever made—and you're invited. If the beer is flowing and the popcorn is popping, the movies are playing and the music is rocking! Come and enjoy a movie with us on BIG SCREENS in CONCERT SOUND.

Get Tickets to The Grateful Dead Movie on Monday, February 24 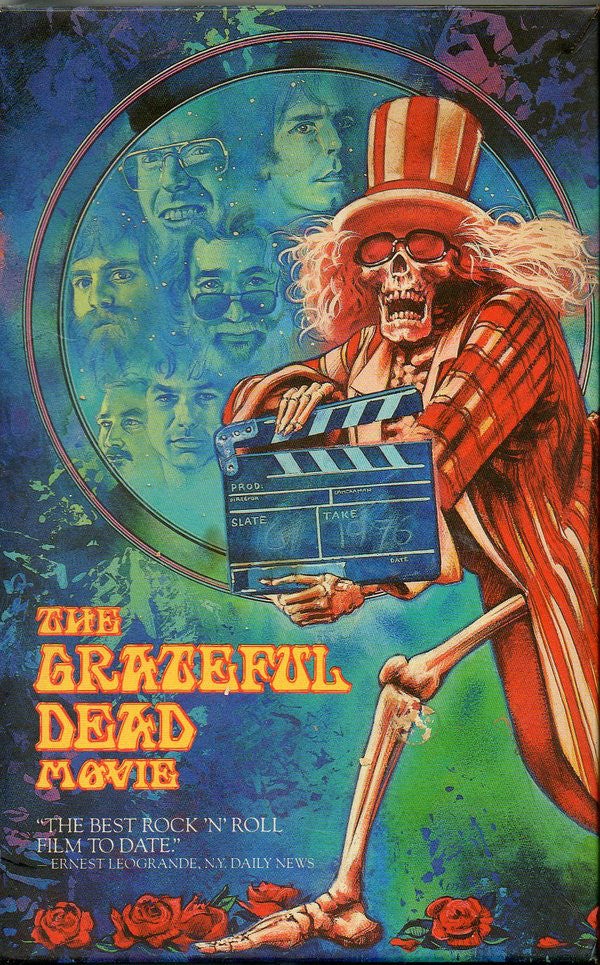 The Grateful Dead Movie, released in 1977 and directed by Jerry Garcia, is a film that captures live performances from the Dead during an October 1974 five-night run at Winterland in San Francisco. Along with the music, the film just as much focuses on the hardcore devotion of Deadheads! The crowd of crazed fans are shown exuding complete euphoria as the band feeds off their energy.

Music lovers will dig: Watching the assembly and complex setup of the massive Wall of Sound system, which was designed specifically for, and only used by the Dead in 1973 and 1974! This gem of a film was directed by Jerry Garcia himself, and perfectly encapsulates the cohesiveness of the band before their brief hiatus. The band members are shown fluidly feeding off of one another, as well as the audience, which makes this film a perfect firsthand account of what made the Grateful Dead such an incredible and unmatched live act!

Movie buffs will appreciate: The perfectly executed cuts and transitions between the animated visuals, and up-close shots of the band and the crowd. The film begins with the epic and trippy psychedelic cartoon created by Gary Guttierez, which perfectly sets the tone for what’s in store for the remainder of the movie. The up-close and intimate shots of the crowd show the pure groove and enthusiasm of those in attendance, as well as how integral the passion and dedication of the Deadheads were to putting on a Grateful Dead show! Can’t miss songs include their rocking performance of “Truckin” and the on the fly encore performance of “Johnny B. Goode!”

Get Tickets to The Kids Are Alright on Monday, March 9

From the early black and white days to their colorful hedonistic era, this is your chance to see The Who at their most creative and destructive. The 1979 film shows various performances by The Who over the course of several years, as well as conversational bits, capturing the band in their prime. From their excessively energetic performances of classics such as “My Generation” to the seemingly endless and raging destruction of their instruments, this film perfectly displays what made The Who stand out from other musical acts. The interviews and conversations truly encapsulate the pure joy that they had of being around each other and making their music in the early years.

Music lovers will dig: Keith Moon’s intense, seemingly out of control, yet entirely coordinated method of drumming! Pete Townshend's signature bowling stroke strumming style, and mid-air splits, as well as Roger’s perfected acrobatics with the microphone. The movie will bring back fond memories of The Who at their prime. Diehard Who fans will enjoy the behind the scenes look of the band’s discussion of making music, and their live performances. The holy grail of the film is the version of "A Quick One" from the Rolling Stones Rock and Roll circus (introduced by Keith Richards).

Movie buffs will appreciate: The well-executed pacing and transitions between various live performances, and interviews filmed between 1964 to 1978 including some of the final footage taken of Keith Moon. The band’s off-stage antics and interactions with one another, as well as their deep personal connections, are perfectly preserved in this film. Can’t miss songs include their radical performance of their anthem “Baba O’Riley” and a raging and destructive performance of “My Generation.”

Get Tickets to Gimme Shelter on Monday, April 6 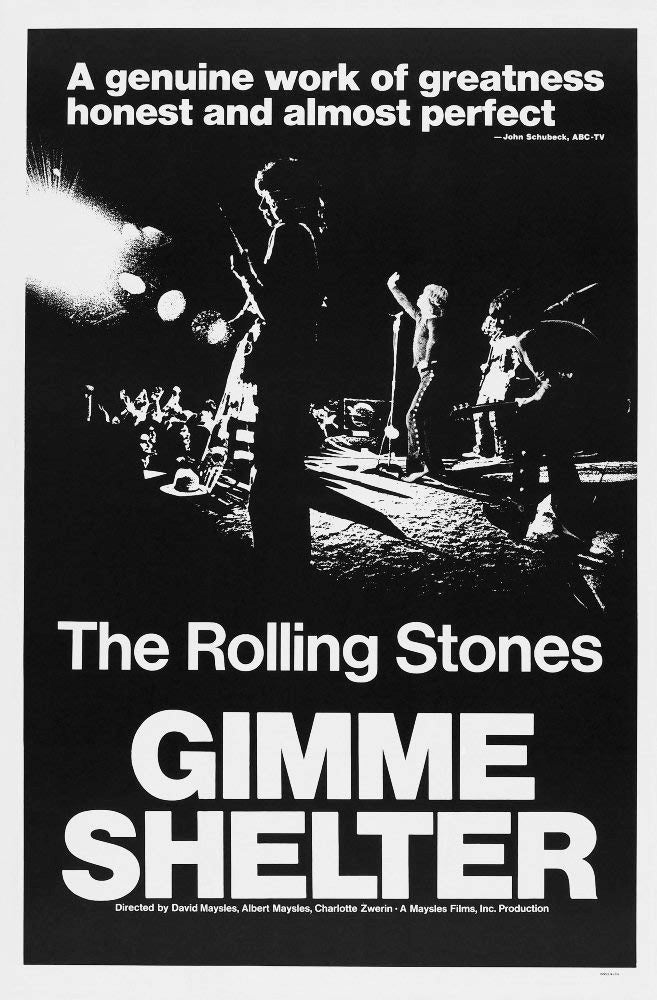 Gimme Shelter is a 1970 British-American documentary film directed by Albert and David Maysles and Charlotte Zwerin chronicling the last weeks of The Rolling Stones' 1969 US tour which culminated in the disastrous Altamont Free Concert. The film is named after "Gimme Shelter," the lead track from the group's 1969 album Let It Bleed. The film shows the triumphs and tribulations of being the greatest rock and roll band of all time, while dealing with real-time crisis. The Band admirably continues on with their performance ironically during “Sympathy For The Devil” as the chaos ensued, while Mick Jagger attempts to calm the crazed crowd.

Music lovers will dig: The band's cohesiveness in their prime, as well as Mick’s pursuance of continuing performing while all hell broke loose in the crowd. Keith’s unparalleled mastery of the guitar, and Charlie’s perfectly timed drumming are an absolute treat to see captured on film. Diehard fans will appreciate the archival footage of Jefferson Airplane playing through the daytime brawls and Mick Jagger pleading with the crowd: "Everyone just cool out. Who is fighting and why are we fighting? "

Movie buffs will appreciate: That Gimme Shelter was screened out of competition as the opening film of the 1971 Cannes Film Festival. The combination of behind the scenes glimpses of the band off stage showcasing their wild antics and behavior, as well as seeing the band's perspective of the notorious event, is quite insightful. Can’t miss songs include epic performances of “Honky Tonk Woman” and their all-time classic “(I Can’t Get No) Satisfaction.”