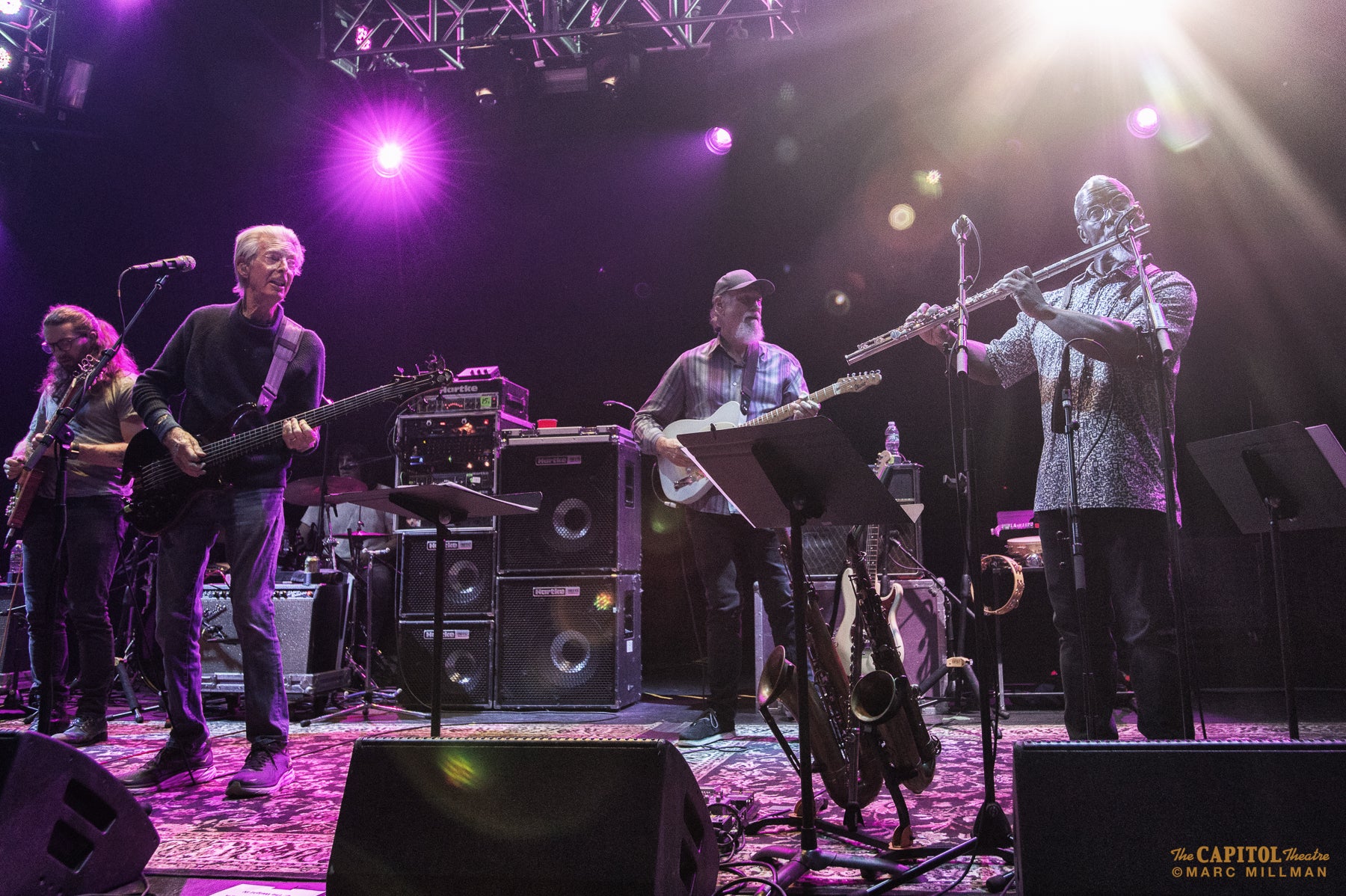 In the near quarter-century (!) that the Phil Lesh & Friends concept has been a going concern, more than 100 musicians have come through its cosmic turnstile, professing enrichment from the experience, and, in so many cases, returning to it when the scheduling gods are kind. It’s just the way the amazing Mr. Lesh seems to like it, having once described his goal for the Friends as skin to “chance music”: vary the players, vary the personality of the ensemble, play up its unpredictability and the excitement of charting new territory, even when using—as is the case with the Grateful Dead’s vast and extended catalog—some of the most played and analyzed music of all time.

Phil’s Friends take on an extra layer of seasoning when they play multiple nights together, leaning into (not at all fearing) the tentativeness and ephemerality of temporary lineups, taking some chances knowing that this combination of musicians might never play together again in this format, at least not in quite the same way. Such was the case Sunday in the third night of the first October Cap run from Phil—a jazz-flecked and glancingly New Orleans-flavored group of Friends that was feeling a hot vibe and decided to get good and dirty with it. Some Phil & Friends lineups take on the personality of individual members exerting certain pulls on the music; this one—one of the most eclectic groups Phil’s ever fielded—delivered as a collective, featuring musicians that have known and played with each other for, in some cases, decades, but not together like this in Phil’s orbit.

Eric Krasno led the way on the opening “Sugaree,” singing with an R&B bent and offering a sinewy solo to set the night moving. Ivan Neville steered the group on “Hey Pocky Way,” radiating Basin Street vibes; he’d do the same on “Let the Good Times Roll” to close the set, and, much later in the evening, with a buoyant lead vocal turn on “Eyes of the World.” “Peggy-O” turned spacey country, behind the Leshes—Phil and Grahame—balancing vocals with the mesmerizing Mikaela Davis, whose trippy harp plucks added heft and texture to the music throughout the night. The first set’s kaleidoscopic stroll continued through “Ship of Fools,” and then an exuberant “Casey Jones," before yielding to Phil’s ancient psychedelic burner “Mountains of the Moon,” again a showcase for Davis both as singer and player. 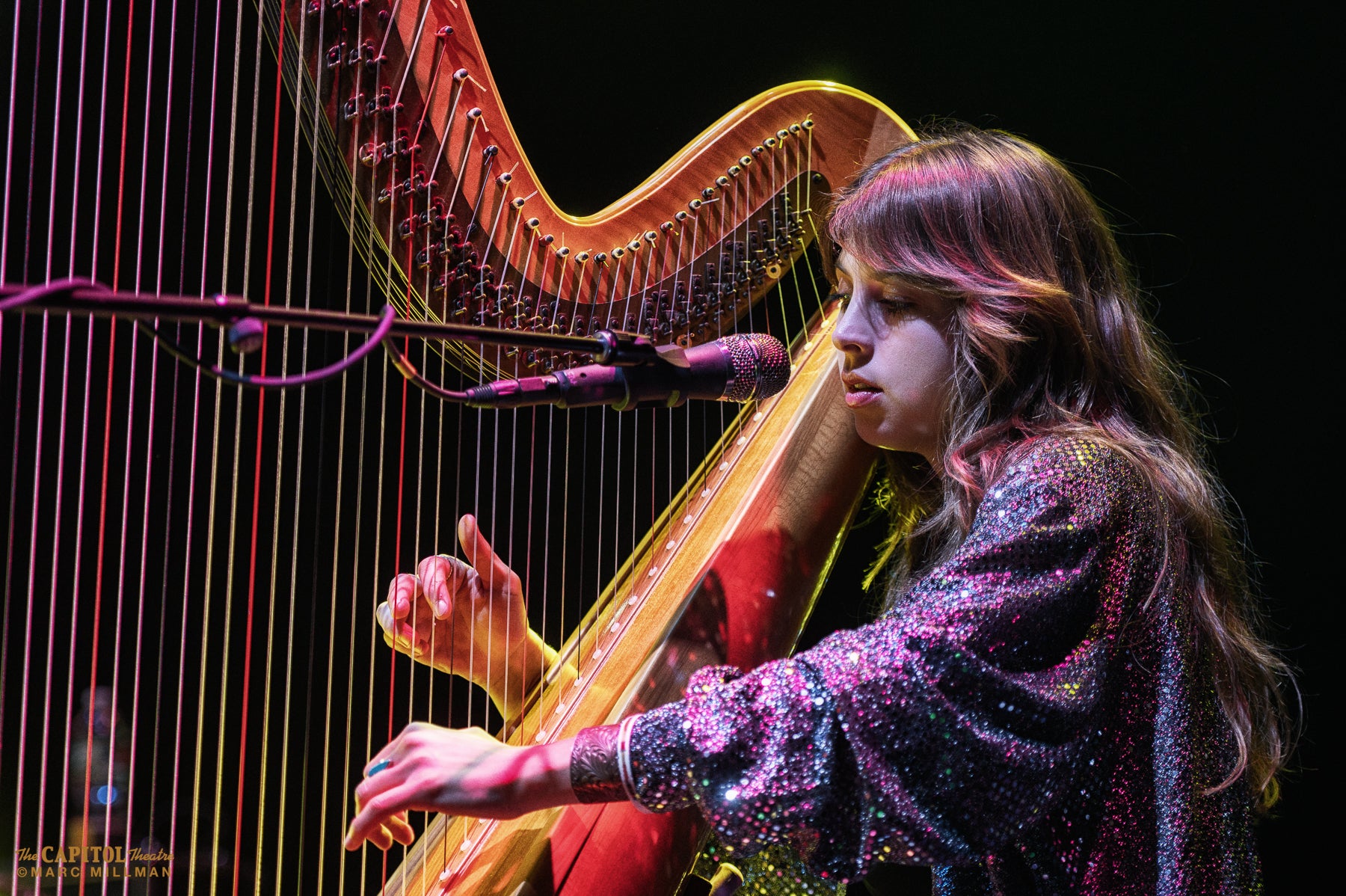 Over two sprawling sets, everyone had a chance to contribute, and to shine. Krasno and Grahame Lesh were constant presences, shouldering big tranches of the guitar and vocal work. John Scofield was the third guitar voice in the corps, often with a subtle attack, except when it wasn’t; one of the biggest audience swells of the night came as he took control of the mid-second set “Fire On the Mountain,” a romp for his woozy, quicksilver playing. Mighty Karl Denson added so much as a musical swingman; he’s never hesitant, but every one of his stints with Phil shows him growing more comfortable bringing his irrepressible personality into this playground, coloring, shading, driving improvisational sequences with sax, flute, and percussion. And the night’s MVP might have been drummer Alex Koford, deftly managing the massive jam sequences in Set Two that moved from “Playing in the Band” to “Mr. Charlie” to “Eyes” to “Scarlet Begonias” to “Fire” to his own tender vocal turn in a late “Standing on the Moon.” 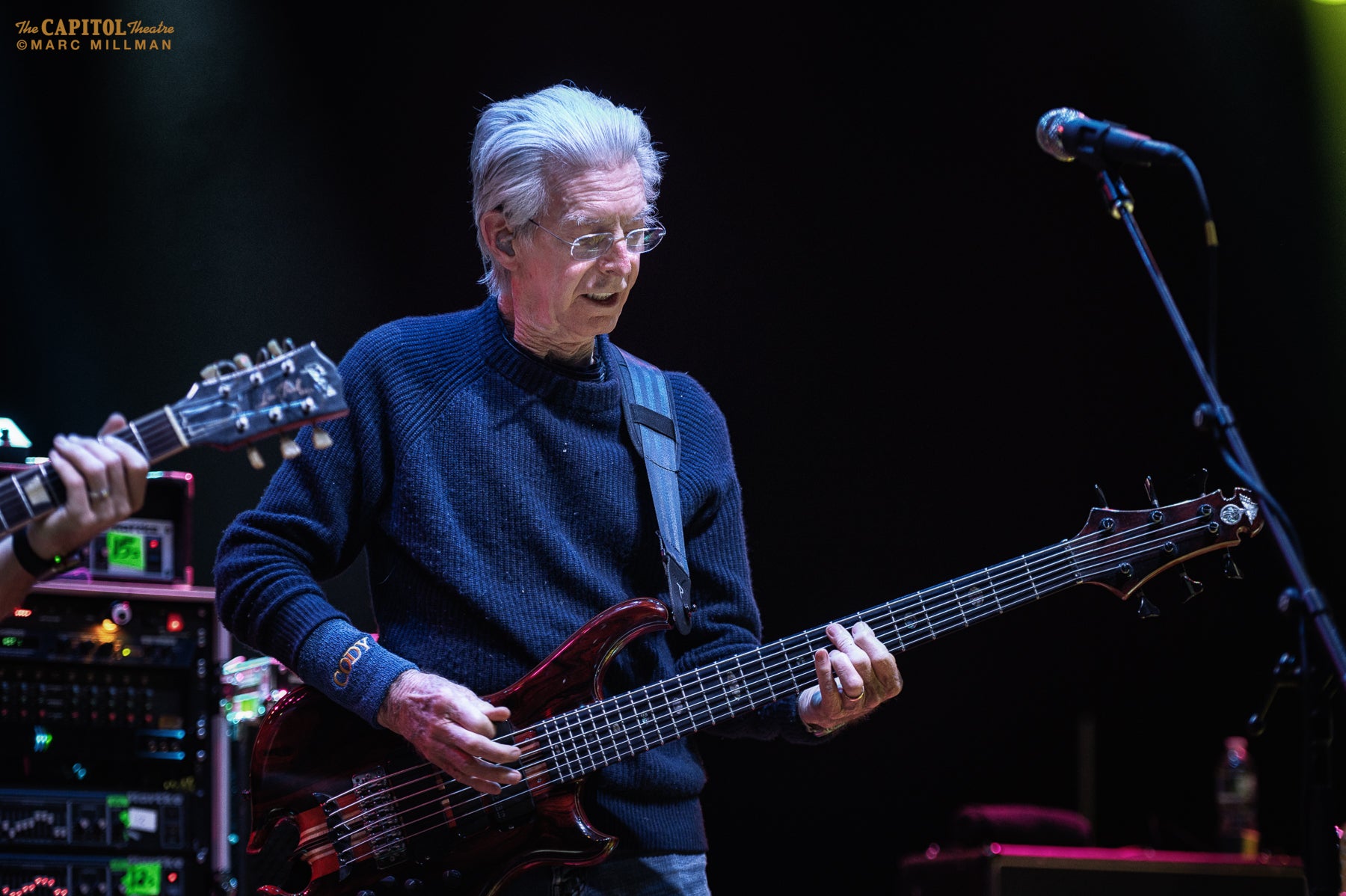 Lesh himself was comfortably aggressive and couldn’t have seemed happier, whether he was leading a singalong "Happy Birthday” to Bob Weir—playing with his own band on the opposite U.S. coast—or saluting the Cap audience at the start of a benedictory “The Weight” encore. At 82, Lesh's sense of adventure is still almost as wide as his smile.