Brandon “Taz” Niederauer Talks Hendrix, Col. Bruce Hampton, and What to Expect in the New Year

Brandon “Taz” Niederauer practically grew up on our stage! At 16 years old, he’s already starred on Broadway, played with music royalty, and checked several items off of his rock ‘n’ roll bucket list. He continues to bring pure joy to the masses with his live music magic. We had the chance to interview him before this Sunday’s holiday Hendrix spectacular! Check it out!

You’ve played huge stages like the legendary New Orleans Jazz Heritage Festival in front of approximately 475,000 people. At the end of this month, you’re playing the Holiday Hendrix (+) Spectacular in our tiny room at Garcia’s. At an intimate club like Garcia’s, it’s easy to interact with the audience and literally feel the energy flowing from the performer to the crowd. What do you love about playing in small venues like Garcia’s?

At Garcia’s, the crowd is right in your face. I can see the joy on their faces and the sweat on their brows. I am energized when I experience that.

We love guitarist Tash Neal of The London Souls who will be playing at your show! Neal has opened for such artists as The Who, Lenny Kravitz, Gary Clark Jr., The Black Crowes and Tedeschi Trucks. What special guitar magic will Tash bring to the music of Hendrix at Garcia’s?

I love everything Tash does. It is special when he plays Hendrix! He is a legend.

We noticed your recent social media post with you at Electric Lady Studios.  When recording in such an iconic studio rich with history and founded by Hendrix himself, did you feel any type of energy or the presence of Jimi while recording?  How has that experience inspired you to bring Hendrix-inspired playing to our room?

You feel a vibe on the sidewalk before you walk in. The entrance is so understated. Then you walk in and it really hits you. I was lucky to visit Studio A, but there is magic all over that building. I thank Jon Batiste for having me contribute to his music.

You’ve recently played with Jon Batiste and Stay Human on the Late Show with Stephen Colbert. That must have been a crazy experience! You absolutely crushed it! What was going through your head? Were you nervous?

Well, this was my second time so I was not nervous. It was fun not knowing the music we would play until that day and having to listen and contribute in real-time. Those musicians are the best in the world. I am very blessed.

Jimi began playing guitar at the age of 15. At the age of 16, do you feel any responsibility to carry on the legacy of Hendrix to a younger generation?

Not at all. I am not Jimi and his legacy is his own. I feel no responsibility carrying on the "legacy" to young players. My responsibility is to the music, to the musicians I am playing with, and to myself... to be the best that I can be. That is the Colonel Bruce Hampton legacy. I cannot deviate from that.

As we wrap up 2019, we look forward to reconnecting with friends and family, making some goals for 2020, and reminiscing about all of the great happenings of last year. What were some of your favorite live music moments from this year? What are your musical goals for 2020?

Selling out the Bowery Ballroom with my band, developing my own signature guitar with D'Angelico, playing with Billy Stringsat Tipitina’s and Brooklyn Bowl, Jazz Fest with Dumpstaphunkon the Acura Stage, sitting in with Twiddle, and doing over 100 gigs with my band were some highlights. I thank everyone that I have played with and all the fans that have come out to see me. My goal for 2020 is to write more music, improve my skills,and play as much as possible! 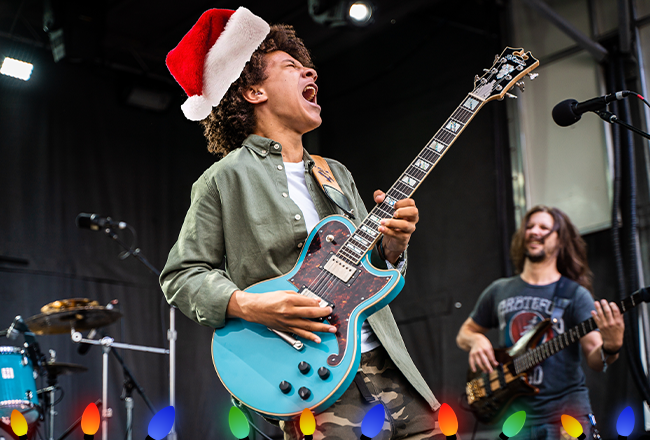