The early 1970s were arguably the most iconic time period for the Grateful Dead. 1971 laid the groundwork for years like 77 and 78. The stage had been set and the band began to experiment, taking the music even further than the formative years of the 60s. It was vital that the band had the right venues, with the right energy, to do this; The Capitol Theatre was one of those venues. Starting February 18, 1971, and ending February 24, 1971, the Grateful Dead played 6 legendary shows at The Cap. These historic shows capture the magic of the Grateful Dead in the early 1970s – purity, passion, musicianship, and fearlessness. The Dead pushed the improvisational boundaries of music and psychedelia in a way that changed live music forever. Please join us as we celebrate the anniversary of these monumental shows!

Let’s start this list off by saying that the soulful presence of Ron “Pigpen” McKernan and his passion for the blues was instrumental in making these shows unforgettable. He was a pioneer of improvisational rock n’ roll, encompassing emotions that could be felt by every Deadhead at every show. He passed away two years later, making these shows that much more special to revisit. On this night, the Grateful Dead decided to debut five original songs. The crowd was treated to debuts of “Bertha,” “Greatest Story Ever Told,” “Loser,” “Playing in The Band,” and “Wharf Rat.” These songs remain all-time fan favorites to this day. The biggest highlight of the night is the “Beautiful Jam” that took place during Dark Star > Wharf Rat > Dark Star. Not only did it set the mood for the night, it set the mood for the year. It encompasses everything that the Grateful Dead was during 1971. From the blissful confidence to the intriguing mysticism, this segment is a definitive moment in Grateful Dead history. When radio personality David Gans played the jam for Phil Lesh in 1997, it brought tears to his eyes. To this day, it is revered by Deadheads across the world – a moment in time that is etched in Capitol Theatre history forever.

This show marks the beginning of a 4-year stretch in which Bill Kreutzmann was the sole drummer for the Grateful Dead. It wasn’t until October of 1974 that Mickey Hart would return. This vintage Grateful Dead show demonstrates a high point for the band and features the first-ever performances of "Bird Song" and “Deal.” The intoxicating excitement of new musical adventures and exploration can be found inside this treasured show. The opening act for these shows was New Riders of the Purple Sage, and at that time, Jerry Garcia was a member of the band. The band also included John Dawson, David Nelson, Dave Torbert, and Spencer Dryden. Songs that they recorded at the February 21 and February 23, 1971 shows were released as an album called, Vintage NRPS. Dubbed Three from the Vault, a double-disc would later be released on June 26, 2007, more than 30 years after this historic show. 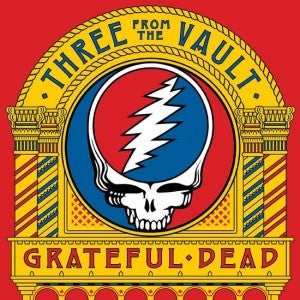 During this run of shows, Dr. Stanley Krippner, a psychosomatic medicine doctor, introduced an ESP dream experiment to the band and fans. He wanted to observe the band and the patrons as subjects. The doctor was very interested to see how psychedelics and an audience of 2,000 would affect “mind to mind transmissions.” The experiment was focused on dream telepathy, with the senders being the audience of Deadheads and the receiver being English psychic subject Malcolm Bessent, who had scored well in previous ESP experiments. Each night in the sleep lab at Maimonides, Bessent would go to bed early so that he would be asleep by 11:30PM, when the experiment would begin. At that same time, the audience in attendance at the Grateful Dead concerts would be shown a series of six slides that were being projected onto a large screen above the stage.The first five slides shown to the audience read: 1. You are about to participate in an ESP experiment. 2. In a few seconds you will see a picture. 3. Try using your ESP to “send” this picture to Malcolm Bessent. 4. He will try to dream about the picture. Try to “send” it to him. 5. Malcolm Bessent is now at the Maimonides Dream Laboratory in Brooklyn.

Unfortunately, it was noted early on in the experiment that most people were already in an altered state during the concert, altering their results.

Highlights from this show include a powerful version of “Easy Wind,” sung with the unforgettable grit and passion that Pigpen was known for. He was so important to the band, especially on certain songs like ‘Easy Wind’ and ‘Hard to Handle’. The band treated fans to a China Cat Sunflower > I Know You Rider, which is one of the most legendary song combinations in the Dead’s discography. An incredible 17-minute version of “Good Lovin”, with a Drums section, brought the house down as they jammed into ‘Uncle John’s Band’ to close the night. From the sound of it, everyone in the building was hanging onto every note that danced off Jerry’s strings. A musical metamorphosis was taking place and the fans knew it.

After taking a night off, the energy was at an all-time high during this performance. Phil Lesh’s thundering basslines lead to some quality moments of music. "The Other One" provided one of the most exploratory sections of improvisation that fans got to witness that night. The band also paid tribute to Janis Joplin, with a gentle version of “Bird Song.” Janis, who at one point dated Pigpen, also played The Capitol Theatre the previous year on August 8th, 1970. The Grateful Dead and Janis Joplin shared a deep connection after spending time together on a train tour across Canada in 1970. This version of "Bird Song" showcases the truthfulness of their relationship.

This was the final night of the legendary run in February 1971, and the Dead did not disappoint. The band picked up right where they left off with a stellar version of “Casey Jones.” “Hard to Handle” showcased the powerful groove of Lesh and Kreutzmann when they’re locked in. This show also contains an almost 20-minute “Good Lovin’ > Drums.” But the biggest highlight of the night was “Turn on Your Lovelight,” which some fans ay ended up being one of the all-time best versions of the song. Let it shine, let it shine, let it shine! 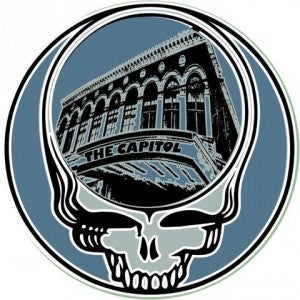 There were Deadheads that attended every night of the run, and they knew they were witnessing history. There was a cathartic energy present that can never be recreated, good thing that it’s embedded in the walls of The Capitol Theatre. Some people don’t realize how important this run was to the Grateful Dead and their future. This run solidified an energy in the band and fans that lead to some of the best improvisational music of the decade. They may have clocked in more shows at other venues over the years that followed, but few were as monumental to the evolution of The Dead as The Capitol Theatre.