“I always lamented, at least a little bit, the fact that the Grateful Dead didn’t play more New Orleans music,” wrote Grateful Dead drummer Bill Kreutzmann in his 2015 memoir “Deal.” “So whenever we had a chance to play those songs it was just over the top for me. New Orleans music has a different level of syncopation to it that just makes it furiously attractive to me. I get a certain enjoyment out of playing that style of music that I don’t quite get from anything else.” 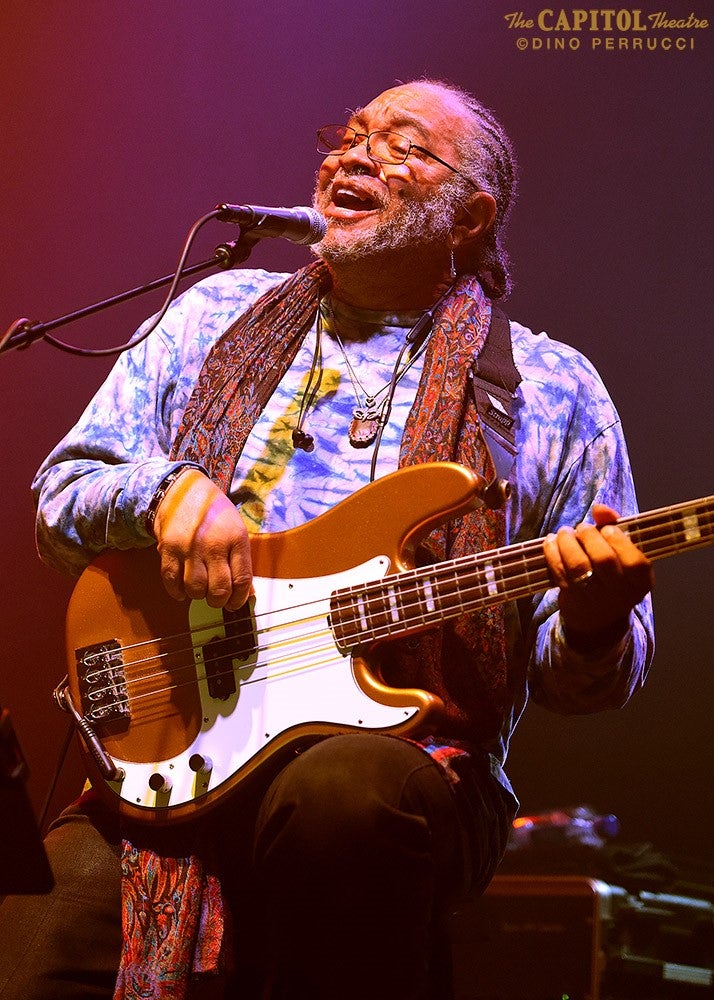 Kreutzmann was an early member of the revolving-lineup concept known as Voodoo Dead, and undoubtedly tickled that it’s continued as an occasionally reuniting collective, even as his own schedule hasn’t allowed for much participation. And as a concept, who can argue with it? It’s not so much a band devoted to the melding of Grateful Dead and New Orleans musical strains as it is using the endlessly malleable Dead canon as a means to stage what might be described as a New Orleans-style jam session using Dead music as the jump-off point. There’s funky stuff, there’s soulful stuff, there’s grease, there’s jazz, there’s “we’ll take this one out about 27 minutes because, hoss, it just kind of makes sense to do that,” there’s wicked-grin collaboration among musicians who, without much needing to discuss it or overanalyze, just sort of proceed with what this thing is supposed to sound like. That’s the voodoo in it. 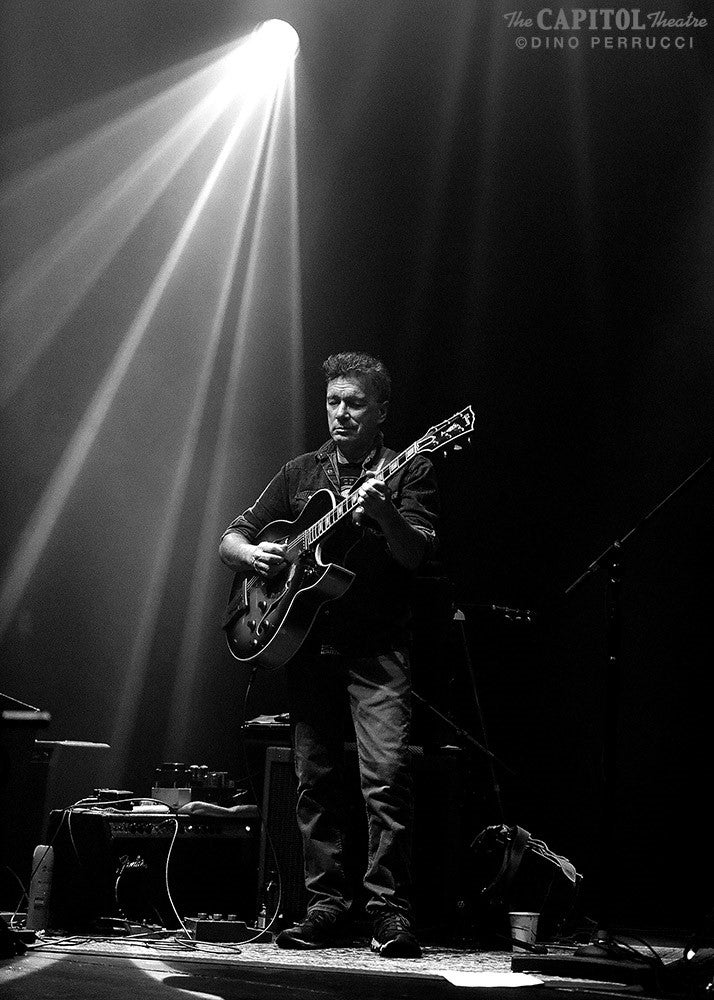 The latest iteration of Voodoo Dead pulled into The Cap Thursday night with a bit of extra mojo, combining a guitar tandem of Steve Kimock and Al Schnier (from moe.) with a mighty rhythmic corps consisting of George Porter Jr., John Morgan Kimock and Wally Ingram. Jeff Chimenti, who’s had a key role in many of the major post-Grateful Dead ensembles (including Kreutzmann’s also-current-employer Dead & Company), threads himself throughout, and is at his loosest and gnarliest, clearly loving the mischief this lithe sextet likes to get up to. 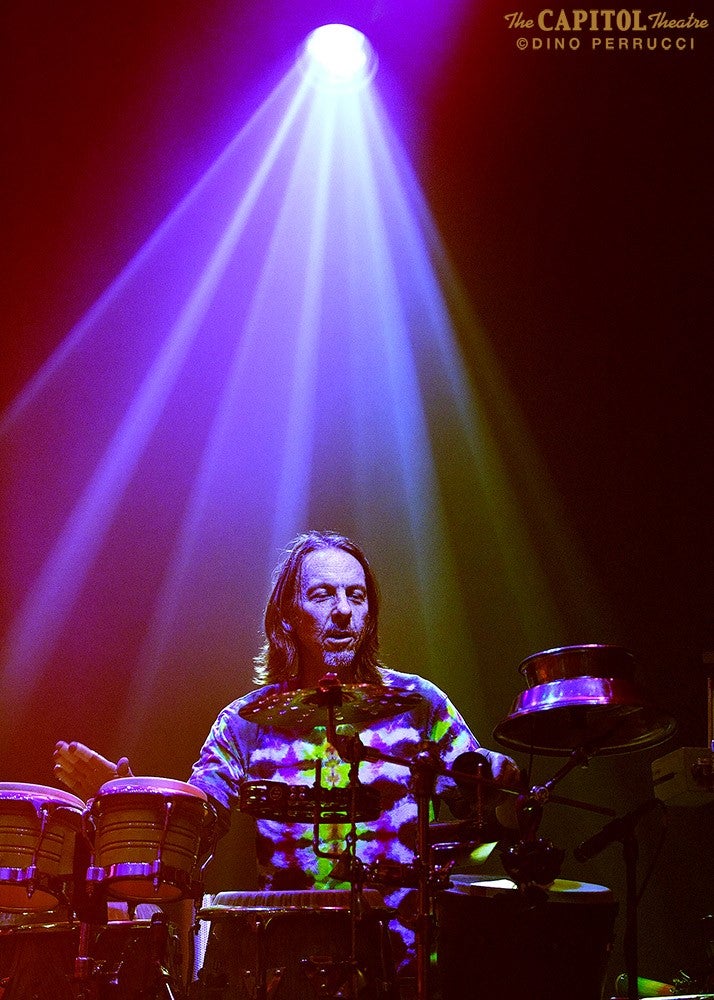 “Shakedown Street" began as it did so many a Dead-related show, but this one had an alternately spacey and jittery feel, in no rush to get anywhere, and, over the course of about 20 minutes, yielded off and on to a woozy, Steve Kimock-led jam that broke with the song’s usual progressions before reforming. A number of tunes in the band’s 10-song set went that way: deliberate and roiling, not to be confused with slow or plodding. Porter led the way on a spicy “Sugaree” and the Meters’ “Look-Ka Py Py.” Schnier handled lead vocals and knotted up with both Chimenti and Kimock during The Band’s “Ophelia” and a swampier-than-swampy take on Dr. John’s “I Walk on Gilded Splinters.” 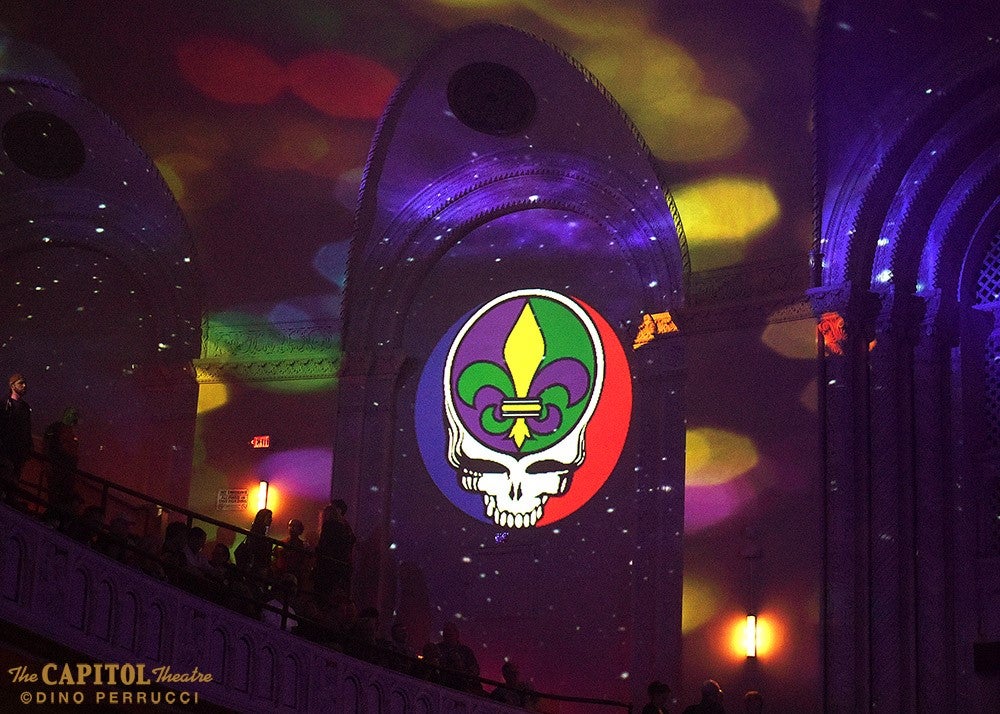 The night’s showpiece was a massive suite that began with what Porter described as one of everyone’s favorites — “Eyes of the World” — and opened way up into extended solos for Chimenti, then Kimock, then Porter, led to a drums and percussion jam, sprawled further out into a “Space” segment, and then reformed for “After Midnight,” complete with an “Eleanor Rigby” interlude even more unhurried than the way the Jerry Garcia Band used to take its time with it. “Lovelight” to close was a punctuating ending, but we could have simmered in this stew all night—it insisted you went at its very New Orleans pace, and as you adjusted your tempo, temperature and vibe to theirs, it felt just excellent. 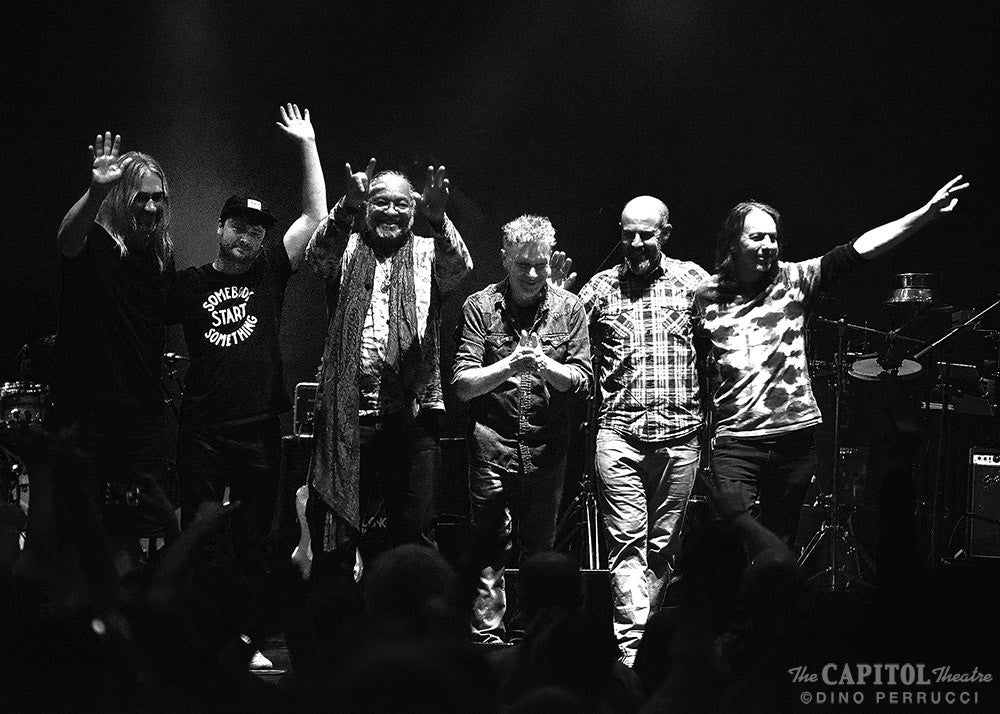